Thanks to all of the members that attended the Lane Cove River club event at Wirrong Flat. It was a top day, Sydney at it's sunny best. We joined with Peter Taggart from LCNP and Jill Steverson from Friends of Lane Cove National Park to do some maintenance work on an area that FLCNP have been involved with. Many trees, shrubs and grasses were planted on National Tree Planting Day on the 30th July by volunteers. We spent the morning re-seating shrouds and then watering. It's a lovely site, really good quality work has been done there among the existing casuarinas to remove vine and lantana and to build a healthy lower layer. We also did a solid bit of lantana removal, cleaning up an area of about 100 square meters. 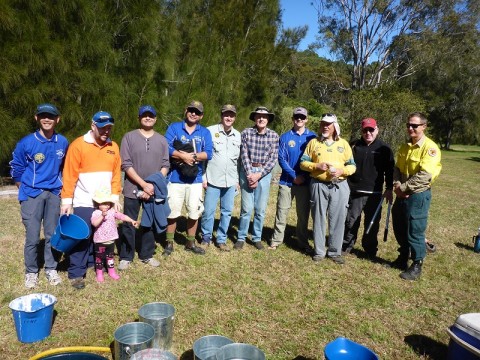 It was a good turnout, with 10 club members including our number 1 member Grace. She is the smallest one in the photos and the sweetest by a long way. After the work we had a great barbecue and the lucky door prize draw. Daiwa Australia kindly donated some great gear as prizes for this kind of environmental work. Today's prize was an AirdX rod and other Daiwa merchandise. The lucky winner was Jason McMaster. 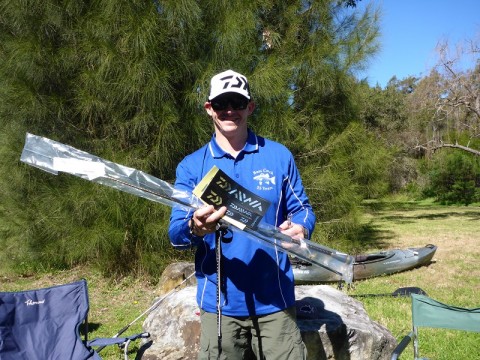 After the BBQ a few of us fished the saltwater down as far as the Epping Road Bridge. Not of us got a touch, except Jeremy who saved us a collective donut by catching this nice little flathead. 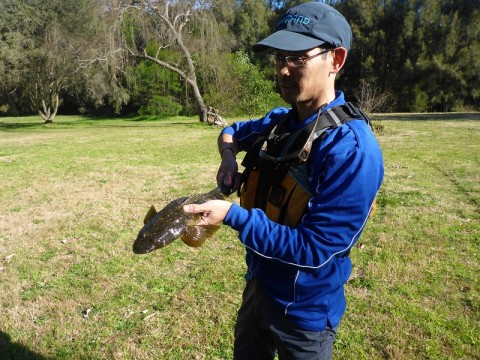 A big thankyou to Milton for bringing the BBQ and cooking, especially after he backed up after working on the Saturday at Russell St. Also for the great turnout.