Congratulations to all of the club members past and current that have contributed to the successful rehabilitation of this site.
On Saturday the 3rd of September Alan Izzard, Milton Lazarus, Alan Fowkes, Damian Balfour and Grace, Margaret, Kerith and our newest volunteer, Claire gathered to work on the site.

This work continues on the first Saturday of every month. If you are interested in coming along feel free to contact us via Facebook. Many of those mentioned above are the driving force for this particular site and you will see them here on most occasions.

The area shown in the photos was practically a rubbish tip and choked with foreign species. Several years of plantings have resulted in open forest with a variety of native vegetation. The first photo is from planting in 2015 when just short of 1000 trees and shrubs were planted. The second photo is from last Sunday showing how successful that planting and maintenance has been. This is only a small part of the total site, and represents a small part of the work that has been done since 2011. 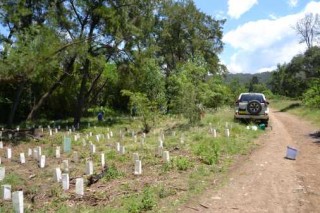 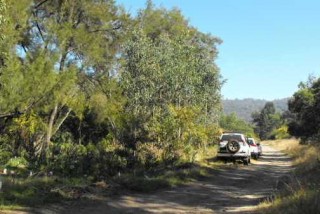 Native vegetation supports the full range of invertebrates, insects, worms, the lot. Where these are plentiful, native wildlife will follow. The wren in the third photo is only one of many bird species that are thriving on this site, having made a return since 2011. 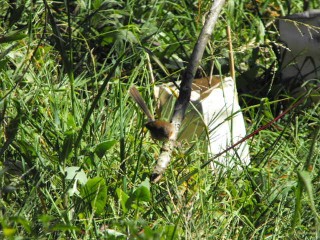 It's all very well having vibrant natural areas, but even better if we can live in them and enjoy them and be part of it. In the fourth photo the crew sits in the shade of an established native tree in natural native grass in an area that was previously nothing more than a tip. 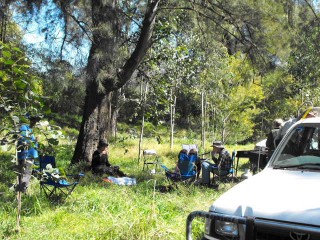